It was in 1950 when Jawaharlal Nehru Ji declined the offer of a permanent seat at U.N.S.C gifted by the US. With nascent independence from the 200-year British rule, the pain of partition and incorporation of Jammu and Kashmir, Nehru wanted India to be a secular state and was quite interested in giving Muslims a special status. Nehru was very fond of Indian Muslims as he thought that they sacrificed their wish of going to Pakistan! All the P5 countries were hardcore secularists while India was against the UN Human Rights Charter. Thus, Nehru decided to give this permanent seat to China. Nehru’s love and affection for ‘The Dragon’ are not hidden as India helped them in Tibet’s annexation, Korean War, Aksai Chin etc. The diplomats during that time advised Nehru that helping China now will surely help them in the future! But Alas! With the loss of Tibet, India lost its chance of becoming a superpower in Asia. Today, when India is suffering from the surge of terrorism and striving hard to declare Masood Azhar as ‘International Terrorist’ at UNSC, China always backstabs India by using the veto power.

The debate comes into light when US, France, and the UK proposed to designate the Azar on February 27 after the Pulwama Attack! It was in 2009 when India for the first time introduced the proposal but no country stood by our nation. For those who question the foreign trips and diplomacy of Modi government, it’s a well-known fact that today US, UK, France, and all other veto powers except China are supporting us. The debate further spread like fire when Rahul Gandhi made fun of India’s defeat at UNSC through a tweet saying “Weak Modi is scared of Xi “

In no time BJP called for a press conference on this issue and criticized the Congress president for defaming India! Even the biggest celebrities and common people showed their anger over this tagging this tweet as Anti-National and full of idiocy. Many of the star-leaders of Congress party have started leaving the party after the Party started questioning the Air Strikes. Indeed, Rahul Gandhi and Digvijay Singh got enough popularity In Pakistan!

Weak Modi is scared of Xi. Not a word comes out of his mouth when China acts against India.

1. Swing with Xi in Gujarat

The common man took the bull by its horns by taking a firm decision to boycott the Chinese products. This practice has been followed by Indians for a long time in order to show anger towards China. While Make In India is growing exponentially, India is still not developed to stop every product from China. All the smartphones, tech-gadgets and machines and even the smallest things come from China. But this is isn’t a permanent proper remedy to the problem. China has asked more time to rethink over this proposal. Therefore, we hope that China supports us and Pakistan gets exposed to UNSC. A point has to be kept in mind that such International events demand full support and unity of people and it’s a shame on the part of such a grand political party that they just want to criticize the Prime Minister at this juncture.

Let’s rise in unity and support our country by shedding the biases towards a political party at this crucial juncture! 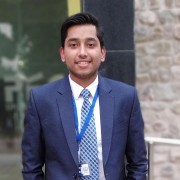