The new Rafale deal was similar to the old Rafale deal. It was announced by Prime Minister Narendra Modi in Paris in the month of April 2015. This was followed by signing on MoU (Memorandum of Understanding) which was signed between India and French. MoU was signed 26th January 2016 when the French President visited India on the Republic Day. Finally, the inter-governmental agreement was signed on 23rd September 2016 for 36 Rafale Fighter Jets with the French Government.

The Defence department ministry also said that PMO is advised not to allow any officer who is not a member of the negotiating team to perform any parallel negotiations with the officers of the French Government. Also, if the PMO is not satisfied or confident about the negotiations that have been carried out by the Ministry of Defence team then they should present a revised modality of negotiations at the desired level.

As per the submission made by the Government in Supreme Court, there was no role of the PMO in the parallel negotiations. The negotiations over the Rafale deal were carried by Deputy Cheif of Air Staff as the head along with 7 other members. Although, the Defence ministry opposed the statement and said the PMO shall not get into parallel negotiations as this may affect their position.

The Defence Ministry said that they were not aware of the parallel negotiations made by the PMO. It came to their knowledge when they received a letter from General Stephen Reb, who is the head of the French Negotiating Team. This letter which was received on 23rd October 2015 mentions about the telephonic conversation between Shri Jawed Ashraf, the Joint Secretary in PMO and Mr. Luis Vassy, the Diplomatic Adviser in the French Defence Ministry. The conversation happened on 20th October 2015.

Later, the head of Indian Negotiating team, Air Marshal A.B.P. Sinha and the deputy chief of Air Staff, AVSM VM, wrote a letter to Jawed Ashraf mentioning about the letter by General Reb. With this letter, it came to the notice of PMO. On 11th November 2015, Ashraf reverts with a letter confirming the conversation that took place with Mr. Luis Vassy, the Diplomatic Adviser in the French Defence Ministry. He mentions that it was a conversation that happened due to the advice made by the French President’s Office and all other issues regarding General Reb’s letter were discussed.

President Hollande also made a statement to AFP stating that since the time Modi Government is in power, the name of Reliance Group emerged as a new formula in Rafale deal. It was a reference to Reliance Defence which is owned by Anil Ambani. The Defence Ministry stated that while the parallel negotiations were made by the PMO, the negotiating team of India is undertaking the formal negotiation process with the French Government.

General Reb also stated as a result of the conversation between Mr. Luis Vassy and Jawed Ashraf, “no Bank Guarantee is provisioned in the supply protocol and the letter of comfort provides sufficient assurances of the proper implementation of the supply protocol by the industrial suppliers”. On the other hand, Negotiating Team of India conveyed that the offer should be backed by Sovereign/Government Guarantee or otherwise by Bank Guarantee.

What is your take on this? Do you agree about the same? 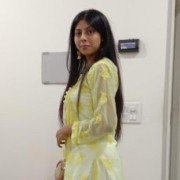