Voting is one of the most important constitutional rights that I have as an Indian citizen. In Lok Sabha Elections 2019 I will be one of the 8.4 crore first-time voters who will cast their vote. I understand that each vote is extremely important and holds the strength to make the future of the Nation and its citizens. The same has been stressed by PM Narendra Modi in a tweet on the morning of Phase 1 elections encouraging the first-time voters to  #VoteKar and step out in large numbers.

The decision to support a particular party and cast my vote has to be very logical and meaningful. While deciding I have considered the past few years of my life, what I faced and the news that I have read and watched.

My vote matters and I want to make the right and informed choice.

After a lot of consideration, I have decided to vote for the Congress

party. Here are a few reasons why I have decided to vote for this party:

These are the main reasons why I feel I cannot cast my vote for the ruling party. But what makes me believe that Congress

is a better choice? The first and foremost reason is that it is led by a young leader who unlike the rest of the greying population of politics offers better hope and a greater understanding of the current situations.  Congress has always been a secular party and has done lots for the minorities as well. The party leader is not set with staunch ideologies but liberal enough to be able to see the changes and make changes. There is a huge change in the Rahul Gandhi

whose memes dominated the social media and the well versed and well informed political figure he has become. No other party I feel can fit in the description of a political leader that I am looking to support other than the party that is equipped with a team of leaders that can lead a country with its secular constitution.

Do check out “#LokSabhaElections2019 – Know the dates of election and results, Schedule!” 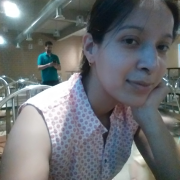