In this era of technology and high-speed internet, people look over mobile apps for every single chore or errand. From paying online bills to buying grocery products everything can be ordered through the use of mobile apps. Also, the young professionals in major cities of India can’t find much time to prepare food. This massive influx of young professionals has ensured the tremendous growth of the restaurants and food delivery segment. Coupled with the significant increase in smartphones and app downloads, it was only inevitable for the food delivery apps to hit the mainstream. There are so many apps in the market to choose from. Just check which mobile app provides service in your city and has collaborated with your favorite restaurant or food joint

All one has to do is Download the app, Register on it, Place an order, and wait for the food to arrive at their doorstep. Most of the young IT professionals and other office goers find this method easy and convenient, saving them great amount of time. Some might argue that this service has made us far more lazier than before, but there is no doubt that it has also helped during those nights after work when one just can’t muster the energy to go out or to make something in their kitchen.

Now, Since Food Delivery Apps in India have become popular among users. Here are some of the apps we have tried and tested. Believe us or try for yourself.

Swiggy is one of the top rated food ordering mobile application in India. It came to existence when its founders, back in 2014, decided that they wanted to make life easier by changing the way India eats – all with just a tap! It operates in the major as well as small cities by partnering with the local restaurants and fast-food joints.

With over 10,000,000+ downloads in the play store, Swiggy is one of the most widely used online food ordering app in India. They provide customers with an option to explore all the restaurants near them, which can deliver food to them. Their service is prompt and excellent. They also allow for Cash On delivery if one does not have access to online wallets.

Zomato Order is an online food ordering service launched by Popular restaurant finder Zomato. The food delivery service in India operates from all major cities. It became hugely popular in a short span of time, hence, became the biggest competition for Swiggy in India.

Founded in 2008, Zomato is an online restaurant search platform available for Mobile devices. Later the company expanded the feature by including food order and delivery in top cities. Zomato operates globally including countries like Canada, Australia, United States, etc. A user can place an order by choosing nearby restaurant and tapping over the menu. They also offer a variety of deals and discounts from time to time.

Uber Eats is a popular online food ordering app in India which operates in all major cities including Mumbai, Chennai, Bangalore, Hyderabad, Delhi and more. The mobile app is available on android and iOS platforms. It is a venture of Uber Technologies, Inc. which is also a popular taxi service across the globe.

Uber Eats operates in over 1000+ many major cities around the world in various countries. The app allows users to pick favorite food from nearby restaurants and delivers it to them in virtually no time. In a short span of time, UberEats became a tough competitor to other leaders like Swiggy and Zomato; thereby, increasing the competitive flair in the market.

Foodpanda is a prominent online food ordering website and mobile app which is active in 40 countries globally, as of 2019. The company founded the service in 2012. The firm has partnered with nearly 40,000 local restaurants in various cities to provide delivery on time. A user can browse the menus of several restaurants near them and order food to get it delivered at their doorstep. It also allows for online as well as offline payment for the order at every hour of the day.

Dineout was founded by a group of  friends back in 2012 . It was later acquired by Times Internet Limited, the digital venture of Times of India, in 2014.

Their app allows users to reserve a guaranteed table at the top restaurants in the city. Additionally, they give the foodies a cashless payment experience across best-in-the-city restaurant & an opportunity to earn cashback on every payment. The discounts & deals come handy on group outings or when trying a new expensive restaurant. They also have a unique membership, which they call Gourmet Passport, with massive benefits for the real lovers of food. 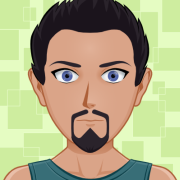 Be the eyes Of Election Commission of India- Use “cVigil” Election app for Android!

The time has come to say- #VoteKar! Checkout the Pulse of Democracy on “NETA” App